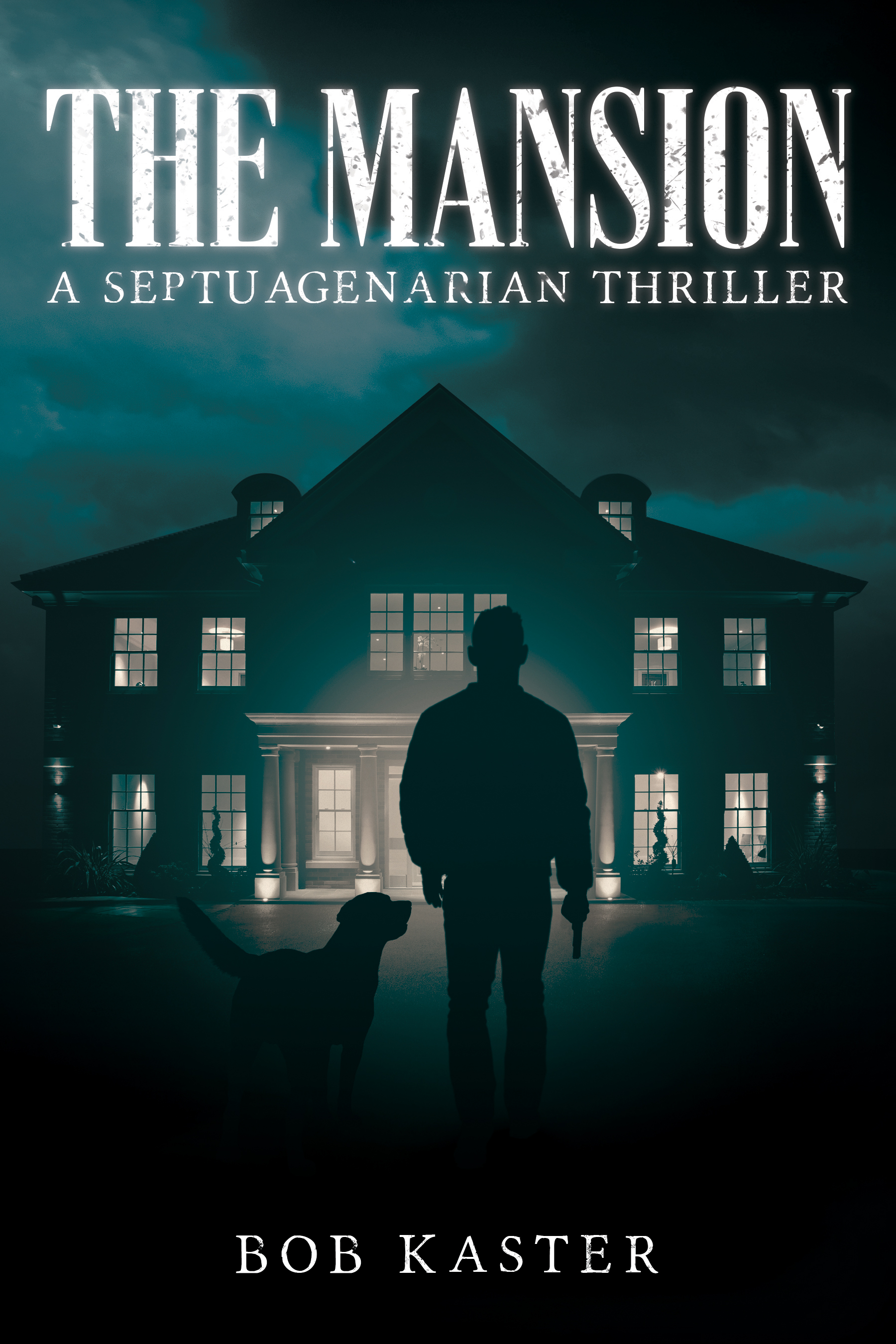 The Mansion – A Septuagenarian Thriller, my second novel, follows the further adventures of the Septuagenarian, his friend Brenda LeHane (the Beautiful Black Lady), and his dog Bebe. Published in February 2021, the story tells of their struggle for survival against the unspeakable evils that lurk inside and under a mysterious mansion in the Scott Valley, a remote region of the mountains of northern California. (READ MORE). Dinner turns into a nightmare when Hailey Madison narrowly escapes a sexual assault at the hands of Rex Randall Ryder the Third and his sister, Melinda. Ultra-wealthy and powerful Ryder had invited Hailey, a nurse in her late twenties, to dinner at his lavish mansion in rural, isolated Scott Valley. The next day, frightened and distraught, she tells her harrowing story to Bob, a septuagenarian retired judge, who vows to investigate. When Hailey later goes missing after her blood-spattered and vandalized car is found abandoned miles away, her boyfriend Ben Thompson is arrested for murder. Bob enlists the help of his friend Brenda LeHane, “the beautiful black lady,” and Bebe, his wise and faithful Labrador Retriever, to find Hailey and clear Ben of murder. Convinced the Mansion holds the secret, their quest uncovers kidnapping, corruption and drug cartels. Will they solve the mystery before it’s too late?